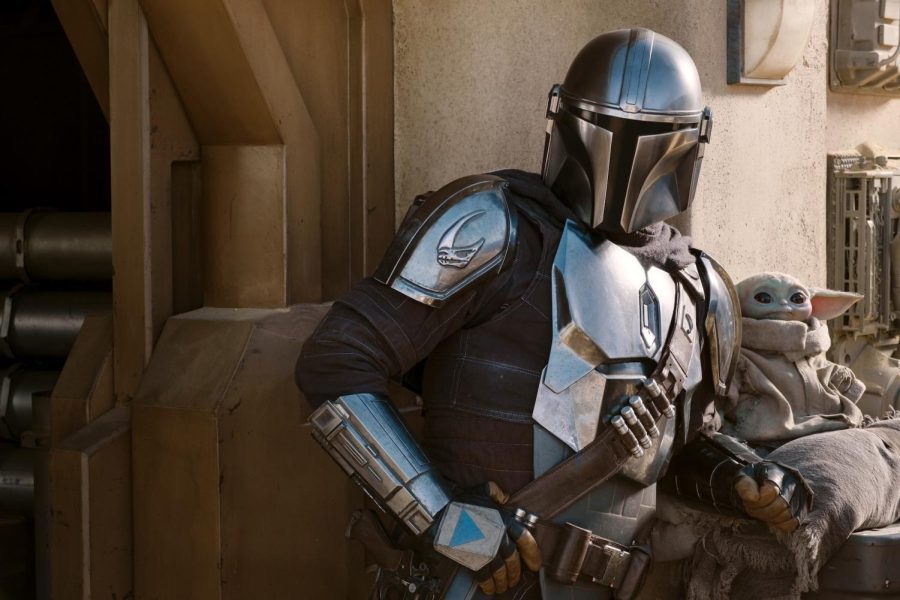 Actor Pedro Pascal plays the role of the Mandalorian in the hit Disney+ show The Mandalorian in 2019. Deputy Opinion Editor Talia Duffy believes the Star Wars franchise is best suited for movies rather than Disney+ exclusive content.

The following contains spoilers for the Disney+ Star Wars series, including The Book of Boba Fett, Obi-Wan Kenobi, and The Mandalorian.

I’m finally getting to the end of The Book of Boba Fett, one of the new Star Wars series available exclusively on Disney+. I know I’m a few months behind, but finding TV time in my schedule has been difficult.

Or maybe I just wasn’t motivated enough to watch it.

The Book of Boba Fett is good enough; Like many fans, I enjoyed the show and watched it to the end. The other Disney+ series The Mandalorian and Obi-Wan Kenobi are stronger additions to the franchise. However, the lack of new “Star Wars” films is noticeable; the gap remains unfilled.

The glaring flaws of the Disney+ series Star Wars have viewers wondering what might have been if those stories had been adapted as films instead. While it could work with the Marvel Cinematic Universe, Disney’s new streaming-dependent business model doesn’t fit in the galaxy far, far away. Star Wars is meant for the big screen.

Fett’s cameo in The Mandalorian has long been a subject of fan obsession, reigniting hopes of a spin-off based around the legendary bounty hunter. In the days of Rogue One and Solo, that would have been a movie. Instead, it was seven episodes of a thin story filled with filler and far too many shots of characters melodramatically strolling the deserts of Tatooine.

After a compelling subplot about a tribe of Tusken Raiders adopting Fett as one of their own ends in tragedy, the narrative loses steam. The last three episodes practically leave Fett behind and become Season 2.5 of The Mandalorian instead.

“Obi-Wan Kenobi” faced similar problems. While many of its episodes felt like a true Star Wars project, some content felt trivial – almost as if it was added just to make more episodes.

Apparently that’s exactly what happened. “Obi-Wan Kenobi” was originally going to be a film trilogy, but after Solo: A Star Wars Story lost money at the box office, all of the spinoff films were cancelled. According to screenwriter Stuart Beattie, the screenplay for the first scrapped Kenobi film was revised and expanded into the six-hour Obi-Wan Kenobi series.

There’s a reason these shows work so well with Marvel but fall short with Star Wars. Although now owned by the same parent company, the franchises are fundamentally different.

Marvel has always been expansive, each film a moving piece in an anthology-style narrative. The characters drive the story, so it makes sense that each movie would focus on one or two or 20 heroes and their fight against a villain. Marvel makes spectacle and does it well. All these aspects can easily be translated into a television format.

In Star Wars, history is driven by history itself: the balance between good and evil, the politics of galactic power, and the history of species, religions, and orders. Yes, there are main characters in every film, but they cannot carry the narrative alone. Star Wars has spectacular moments, but too much of it feels cheesy and alien — especially compared to the seriousness of the original films from the 1970s and 1980s.

The creators of the Disney+ series are trying to cooperate with these truths; “The Mandalorian” and “The Book of Boba Fett” – and possibly the upcoming “Ahsoka” show – revolve around a central plot and feature many of the same characters. However, the result is incoherent and — dare I say it — feels like a ploy at times to get subscribers to the new streaming service.

The stories Star Wars wants to tell would be sharper, cleaner, and more impactful in a two or three hour cinematic experience.

Of course, “Star Wars” was successful before that with television. Star Wars: The Clone Wars and Star Wars: Rebels – multi-season animated series of 20-minute episodes – were commercially and critically successful. Each can be enjoyed independently. They’re not packed with filler because they don’t try to differentiate themselves from other shows that follow the same story under a different name.

And unlike Disney+’s new limited series live-action content, they were never intended to replace Star Wars films. The story of Grogu and the Mandalorian has great potential – and that potential would have been maximized as a compact film trilogy.

“Star Wars” needs to reorient itself. Star Wars is not a vehicle to further Disney’s business ventures. “Star Wars” has to go back to the cinemas.

Talia is a second year student in media.