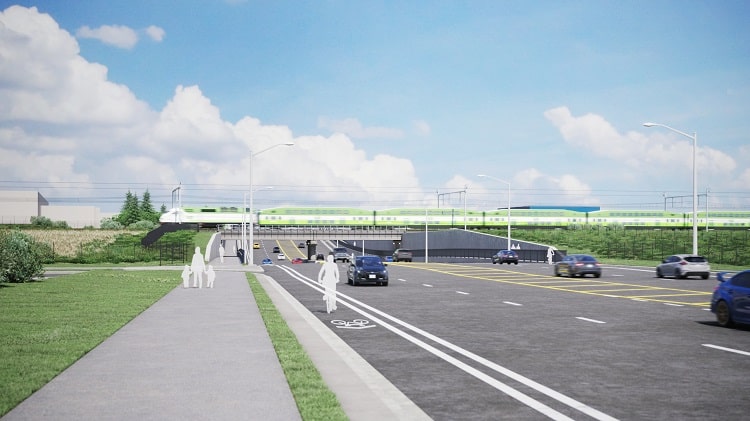 The Burloak underpass is ‘back on track’ at a reduced cost and ahead of schedule for Oakville and Burlington.

After weeks of discussions, a revised Burlington, Oakville and Metrolinx cost-sharing agreement was finalized for the Burloak Drive Grade Separation, reducing funding from the community partners to approximately $16 million each.

Back in February, both Burlington and Oakville learned the much-needed infrastructure project would go ahead, but at three times the cost.

By that time, the project had grown to $177.3 million from an initial estimate of $60 million, and Metrolinx had asked Oakville and Burlington to pay half of the project cost increase, or nearly $45 million each. dollars instead of the agreed $15 million each.

The joint initiative is now expected to be completed two months ahead of schedule and within the budget originally proposed by the City of Oakville.

“We are delighted that Metrolinx has been able to work with our community partners to get this important infrastructure project back on track,” said Oakville Mayor Rob Burton. “Working together at all levels of government is important to plan for security and build a brighter future for our community.”

A revised schedule will also help contain costs for both communities as the project is expected to end two months ahead of schedule due to the 12 month closure of Burloak Drive between Wyecroft Road and Superior Court.

This closure will occur towards the end of the works and will also allow most road works to be carried out simultaneously rather than sequentially. The project is expected to be completed in summer 2027.

The need for the underpass was first identified in a 1994 study by the city of Burlington.

Go Transit plans an all-day 15-minute service with eight trains crossing Burloak Drive every hour in addition to regular VIA and freight trains, making the underpass a critical project for Oakville and Burlington’s mobility.

Editorial standards and guidelines from insauga